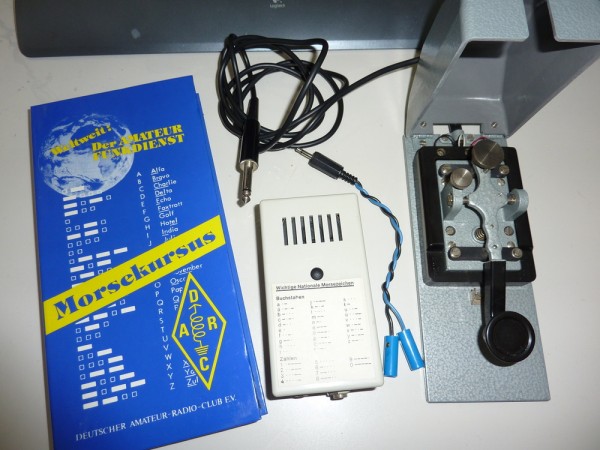 Found this on eBay the other day – for just 5.50€: a morse code (CW)
trainer. Nothing special as the box contains a simple pcb and the
course methodology isn’t my first choice, BUT!!!! it came with a Junker
key in perfect (unused?!) condition which sells for about 20€.

Some years ago, I had also managed to strike a similar deal when I paid 1€ (!) for a key in similar condition – which I then later on sold for about 27€.

I’ve just opened the key and found a date mark inside – January 1990.

CW is the best mode in the world and you just can’t own enough keys.